On Tuesday, January 25, I was in the audience at the SPUR Urban Center in San Francisco as Panama Bartholomy, California Energy Commission (CEC), and Emma Wendt, PG&E, gave presentation about California’s clean energy future.

The post below consists of Part 1 of my record of the presentation – the first part of Panama Bartholomy’s presentation. All portions are included in chronological order.

An ellipsis (…) indicates that I was not able to capture the words or thoughts skipped. The presentation is transcribed as accurately as possible – punctuation choices are mine. I also added any photos or images.

The speakers were introduced by Raphael Sperry and Geoff Danker.

I’m honored to be here… Obviously, I’m a bureaucrat. All my life I’ve wanted to be a bureaucrat. It’s true… … So I have achieved my dreams – I work for the state of California… I am here to talk about what I hope are some of our shared goals… building a  future that’s healthy for our economy, our environment, and our communities… …

I was supposed to talk about, and will talk about, California’s Clean Energy Future…  big ambitious goals. A massive document describes the process of how we’re all going to reach these goals… and how the agencies are going to work on it. In brief, it outlines very ambitious energy goals. It calls for zero net energy buildings… ways to shave peak demand… want to build carbon capture and storage in California by 2020… also want 1 million electric vehicles in California by 2020. So these are the goals. So I’m going to talk about the programs and activities behind the goals to make them a reality…

I have to give some background, then talk about efficiency…  then major market barriers around energy efficiency and what’s stopping a strong retrofit market, then renewables. Finally, I’ll talk about what’s coming from the Brown administration… …

So some energy context… I’m only going to talk about electricity and natural gas… One of the jobs of the CEC is to measure energy demand and project demand into the future… [looking at a chart] Here, you can see impacts of downturns in the economy… We’re expecting that the economy will pick up later this year or early next, then we will see about 1.2% growth in demand a year. Much of that is from the building sector… We expect to see continued increases in demand, especially from the commercial and residential sectors.

So we have several options. Do nothing. Then we get demand exceeding supply. Or we can build power plants. Or we can find ways to reduce demand… Efficiency is by far our most cost-effective choice in terms of how to meet demand.

Going back to natural gas… California only produces 13% percent of our own natural gas – the rest comes from other areas. We are at the end of the line when it comes to natural gas delivery. We are starting to compete more and more with Nevada, Arizona and New Mexico… …

Overarching a lot of activity on energy efficiency, I have to talk about California’s new climate policy… … AB 32 calls for us to reduce our economy-wide emissions levels to 1990 levels by 2020. This is about a 25-30% reduction in GHG emissions… The big player is transportation. Also, we have to look at electricity generation. The 1/4 of our electricity that we import is equal in GHG emissions to the 3/4 that we produce in-state. The built environment is the second largest wedge when we add the bits together. The built environment dictates how we need to get around, so it has a big impact… We have some work to do… 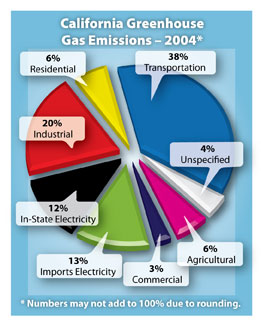 Part 2 and Part 3 will be posted soon.

24/7 Wall St. evaluated a couple recent studies (from Ceres and the NRDC) and also conducted some of its own analysis, focusing on the 30 largest American cities,  to  come up with the following list of 10 large American cities at the greatest risk of running out of water:

You can read more about their analysis and reasons for inclusion of each city here.

A note from Anna – I do not know much about 24/7 Wall St. or their track record on this sort of analysis. I think this sort of list is good for raising awareness that it is not just cities in the dry Southwest that are facing future water shortages. However, there are a few items in this article that gave me pause – first is the consistent misspelling of San Francisco as “San Fransisco”, second is the consistent listing of the NRDC (Natural Resources Defense Council) as the “National Resources Defense Council.”

In Berkeley, we are fortunate to have such events as Science at the Theater, where Lawrence Berkeley National Lab researchers give talks on their work at the Berkeley Repertory Theatre. The lectures are free and get a pretty sizeable audience.

On Monday, October 11, I was in the audience as researchers from Lawrence Berkeley National Laboratory (and the beloved Art Rosenfeld) gave a presentation titled “Cool Roofs, Cool Cities.” The post below consists of Part 4 of my record of the presentation – Art Rosenfeld gives an overview of how cool roofs and cool cities can leader to a cool planet. All portions are included in chronological order.

An ellipsis (…) indicates that I was not able to capture the words or thoughts skipped. The presentation is transcribed as accurately as possible – punctuation choices are mine. I also added any images.

Taking a trip around the world … [looking at photos].

In Bermuda, they use sloped white roofs to collect water.

In Santorini, Greece, even the sides of the buildings are white. 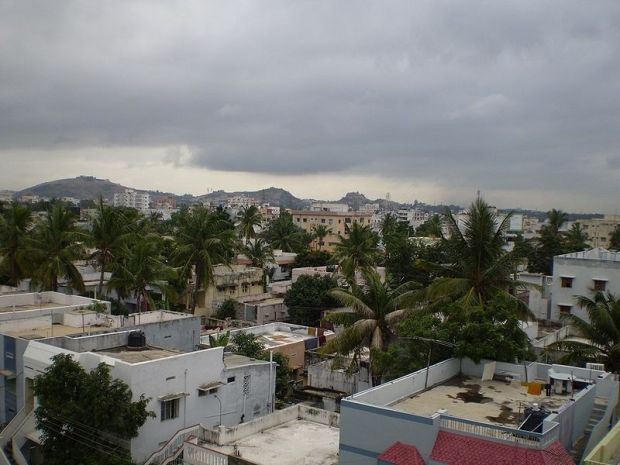 In Hyderabad, people like to sleep on the roof to be cool at night.

Here’s a Wal-Mart store in Northern California with white roof – they’ve done 4500 of their stores, and have 1500 to go.

Here’s an overview of UC Davis … Since 2005, the CEC Title 24 has required that if a roof is flat, cool roofs are required … 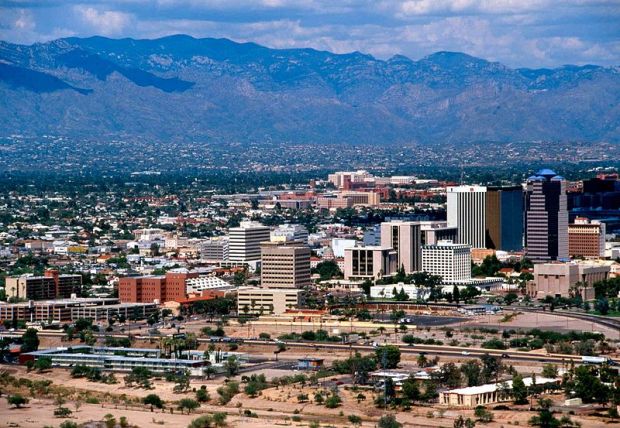 Here’s Washington, DC (federal) … The House and Senate office buildings do not have white roofs.

The most fun was this – this is the Pentagon. I went to a hilarious meeting – I got invited to give a talk at the Pentagon. There were innumerable generals and such around …

Now what about the Earth? … Part of what keeps the earth cool is ice and snow, which is decreasing in size … It would be nice to add some more white … …

Atmospheric climatologists have been aware of this issue for years, and back in the 1980s, Jim Hansen published a paper wondering whether cooling cities would make a difference – and he got an answer of about a 1/10th of a degree … But we weren’t so worried in those days … But we asked, maybe there’s a better way to sell this? … Look, carbon dioxide reflects heat, that’s called a positive radiation forcing onto the ground. And white roofs reflect heat … Carbon dioxide has a price … So we’ve got to do it per unit … 1000 square feet, winds up being about 10 tons of carbon. Suppose we multiply this by about 3 billion, since there are about 3 billion units of roof in cities, then avoid the heating effect of 25 billion tons of carbon dioxide…over the life of the roof. So let’s say 1 billion tons a year for 25 years … This winds up being 300 million cars off the road for 20 years … There are only about 600 million cars right now …

So what to do now? First, get other states to follow California… Arizona and Florida and Georgia have followed suit with cool roofs … The problem is a lot of the rest of the country, the hot part … the United States relies  on model building codes, and states are not required to adopt them. They can make them stronger and adopt them, but they are not required to adopt them. Texas doesn’t have any, the cities there have taken the lead …  DOE is going white, the Marine Corps is going white …

We’re going to launch a private club called 100 Cool Cities, with some DOE help, where were’ going to approach the 100 largest cities, which gets us  to a population of 200 million, where we’ll talk to them about cool roofs and try to get it into the building code … This will involve the Sierra Club, the Clinton Global Initiative, USGBC, ICLEI, the Energy Foundation, the Alliance for Climate Protection, ACEEE, and others …

So things are moving along nicely, and thank you very much.