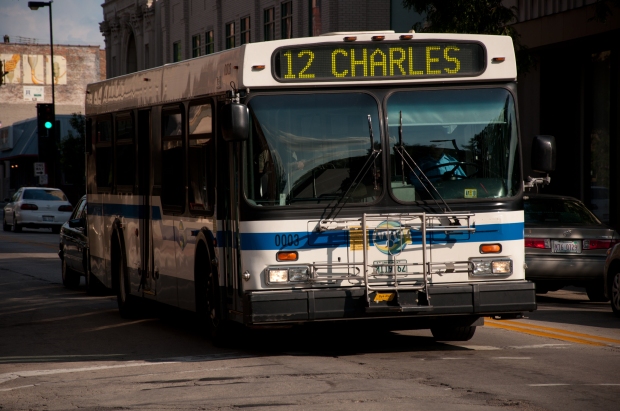 Reconnecting America has just released its 2011 report on transit projects in the United States.

The report, titled “Transit Space Race 2011: A Catalog and Analysis of Planned and Proposed Transit Projects in the US“, is a compendium of transit planning across the country. Due to the fluid and changeable nature of transit planning, the report comprises  a “snapshot in time” during a survey period of late 2010.

The result is a window into transit demand in communities nationwide, and most notably the huge gap between the volume of competitors and the number of available transit infrastructure dollars from the federal New Starts program.

All changes are listed in detail on the AC Transit website here.

The full list of night and weekend buses with service being cut has now been posted on the AC Transit website here. 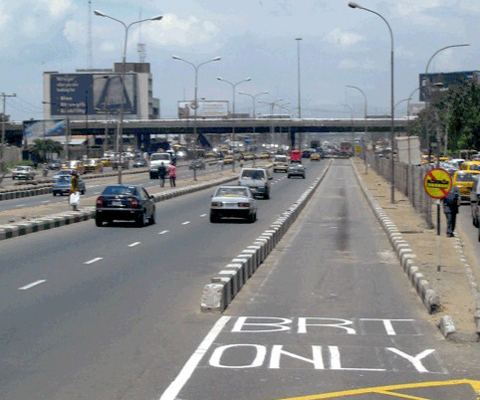 If you have read articles about urban transit in recent years, chances are you have run across the phrase “BRT” or “bus rapid transit”. BRT refers to a mode of bus travel that is characterized by streamlined operations on heavily traveled routes to reduce travel and wait times and/or increase average daily trips. Elements of BRT may be any combination of dedicated bus lanes, limited stop “express” buses, increased coordination for “signal priority” at stop lights, quick-boarding platform placement and configuration , curb cuts and turn-abouts for faster maneuvering of buses and pre-board fare collection.
The argument for BRT is generally that there is an increasing need for fast and efficient public transit in cities spurred by factors such as population growth and greenhouse gas reduction goals. However, rail systems are extremely costly to build and maintain, and many of America’s cities lack even basic public rail infrastructure. BRT can bridge this gap and provide the efficiency and effectiveness of a rail system while utilizing the already existing roadways.
Visit AC Transit’s BRT page here, and visit the National Bus Rapid Transit Institute here.

This post is part of our coverage on water, waste, energy and transportation issues of interest to the local Bay Area community.

Here is a check-in on the ongoing budget crisis within AC Transit, the East Bay’s bus system:

Despite months of negotiations and meetings, AC Transit and the union representing most of its workers,  the Amalgamated Transit Union (ATU), Local 192 have so far been unable to reach a mutually acceptable strategy to close the $56 million deficit facing the agency by the close of 2011.

June 30th represented a milestone in the negotiations- that was the day that the ATU’s previous contract terms expired. The process has nonetheless stagnated. AC Transit Director Greg Harper is quoted in the AC Transit News as commenting, “I think we are definitely at an impasse because the union has so far offered less than 50 percent of what is needed to close the budget deficit.”

The Agency is looking to recoup 8 to 9 percent of employment costs in the new contract. The grim financial scenario has already resulted in fee hikes for riders, service cuts, layoffs, and 5% salary cuts for the board of directors. With a 75% share of the operating budget being allocated to employee costs, the Board of Directors is maintaining that shortfalls cannot be met without some concessions from the union.

The declared impasse and revised terms of employment, effective July 18, have been laid out by the Board of Directors. It remains uncertain if a strike will be avoided.

Here is an update on the ongoing cuts to AC Transit service that I first reported on last week:

AC Transit is in trouble. Dire financial straits have forced the agency to consider enacting additional service cuts and the possible declaration of a fiscal emergency. Already adjusting to the 7 percent service cuts that went into effect at the end of March of this year, August is likely to bring an additional 8 percent less service, with more cuts in the pipeline if new funding sources are not found.

On May 26th, AC Transit held two public hearings, at 2 p.m. and 6 p.m. to solicit comments on three possible scenarios that could be rolled out in August.

Proposal one is to operate only trunk and major corridor services on the weekends;

Proposal two is to modify All Nighter and late-night services;

Proposal three is to distribute the reductions across all weekday, late-night and weekend services.

However, it is unlikely that any one scenario will be enacted in full, but rather some sort of amalgamation of the proposed cuts. 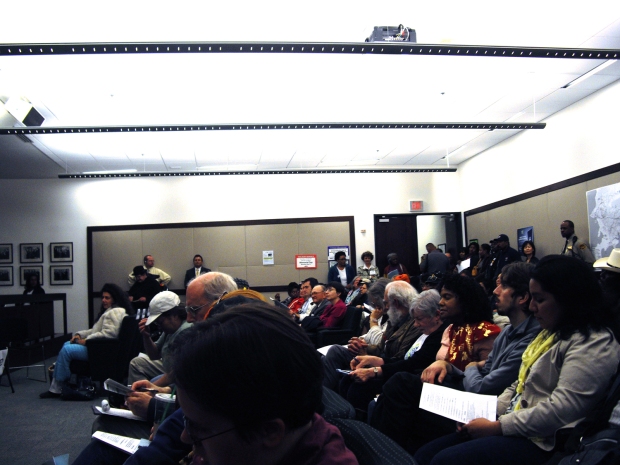 I attended the 6 p.m. public hearing and tensions were running high among those who came to speak out against the cuts. Time and again, concerned residents spoke of their fears about losing accessible transit. Many stated that they could not afford cars, or were seniors or disabled and could not walk or bike as an alternative. Some had moved to their residences specifically because they were accessible to bus routes- routes that are threatened under the new scenarios, either by reduction of service resulting in unreasonable wait times, or loss of service areas altogether.

While some expressed frustration with the board of directors, in truth these are deep and painful cuts that nobody wants to make and that will result in the continued erosion of the ridership base, further driving down revenues.

What can we, as informed and concerned citizens, do to try to recover the essential functions of the public service on which so many depend? we need to speak up if we want to keep our transit systems intact (or expanded). Transit is often at the bottom of the list because public outcry is greater on other issues; perhaps transit is seen as so fundamental that we take it as a given. What AC Transit is showing us, is that publicly funded transit is far from a given. 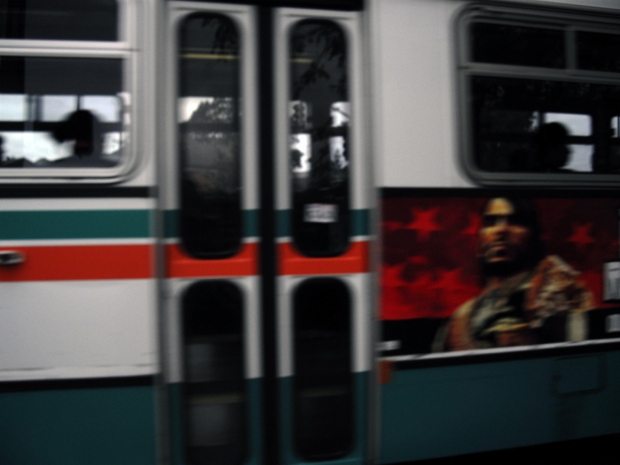