“California officials on Thursday approved energy efficiency standards for new homes and commercial buildings that officials are describing as the toughest in the nation. …

“The new requirements, set to go into effect in 2014, will reduce energy use in California homes and businesses by 25 percent or more, commission officials said.”

For those that want the details now, the full 2013 Building Energy Efficiency Standards Rulemaking is online here.

Energy Modeling for the Small and Midsize Architecture Firm

With the development of LEED and other energy efficiency standards, energy simulation has developed tremendously over the last decade. It is becoming imperative that architects better understand the available tools so that they can make informed decisions throughout the design process. Given the complexity of energy modeling, this session will focus on how architects in small and mid-size firm can best use energy simulation. What types of questions should be answered with energy models? What types of energy modeling information is most useful, and when during design should it be used? What simulation tools are favored among small and mid-size firms? How do they develop expertise within their design teams and address budgetary constraints? A panel of Bay Area architects and designers, all of whom are noted for advances in sustainable design, will address these questions. Following the panel discussion, the presenters will be available for an extended question-and-answer session.

This is a FREE event. 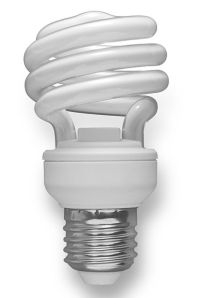 Research by the California Public Utility Commission staff indicates that if enough existing lighting and lighting for new buildings incorporate the latest technologies, the state could achieve a 60 to 80 percent reduction in light-related energy use. New policies adopted  by the commission promote that goal by encouraging utilities to rethink their current consumer subsidies, which tend to focus on compact fluorescents, in favor of the newer and more energy-efficient technologies. “We need to move on and look at how best to spend our resources on the next step of lighting,” said Theresa Cho, an aide to Commissioner Diane Grueneich. “Our goal is market transformation.” The shelves of Wal-Mart and other big-box stores are already full of compact fluorescents, she said – via the New York Times Green Blog.

A trio of House Republicans, Joe Barton and Michael Burgess of Texas and Marsha Blackburn of Tennessee, have introduced the Better Use of Light Bulbs Act, which would repeal the section of the Energy Independence and Security Act of 2007 that sets minimum energy efficiency standards for light bulbs and would effectively phase out most ordinary incandescents – via the New York Times Green Blog.

The Department of Energy’s inspector general released an audit on Wednesday showing that it is continuing to buy obsolete fluorescent lamps, bypassing the more modern technologies that it spent tax dollars to develop. Yet even more surprising, it is still buying the familiar incandescent bulbs in place of compact fluorescents. The department operates at 24 sites, and the auditors visited seven of them. “Despite the substantial benefits of C.F.L.’s, all of the sites we visited continued to purchase incandescent lights,” the report said – also via the New York Times Green Blog.

Below, I’ve put together a rough timeline of how the proposed standards would take effect:

An overview of the agreement is here.