This is a recording of the keynote speech from the “Resources Roundtable 2013: The Future of Urban Water,” an event hosted by the Berkeley Energy & Resources Collaborative.

Peter Gleick is the President and Co-founder of the Pacific Institute, based in Oakland, CA. His speech was titled “An Audacious Vision for Water in the City of the Future.”

He also periodically writes a column on water issues for the San Francisco Chronicle.

In his latest post in the San Francisco Chronicle’s City Brights blog, Dr. Peter Gleick (president of the Pacific Institute) calls for a “Cash for Water Clunkers program:

These funds would help homeowners and businesses who choose to replace old water-wasting appliances and equipment, which can then be recycled. Funding could be prioritized to water-efficient appliances produced in the U.S., thereby providing a special boost to U.S. manufacturers.

The program should also be accompanied by a jobs-training program for plumbers and contractors in low-income communities, along the lines of the now-legendary partnership between the Madres del Este de Los Angeles Santa Isabel (Mothers of East Los Angeles Santa Isabel – MELASI) and several local water utilities more than a decade ago. That program helped the City of Los Angeles replace over 2 million old inefficient toilets (though many millions more remain, locally and nationally). The funds for such programs could be managed by local community groups, in conjunction with local water utilities. 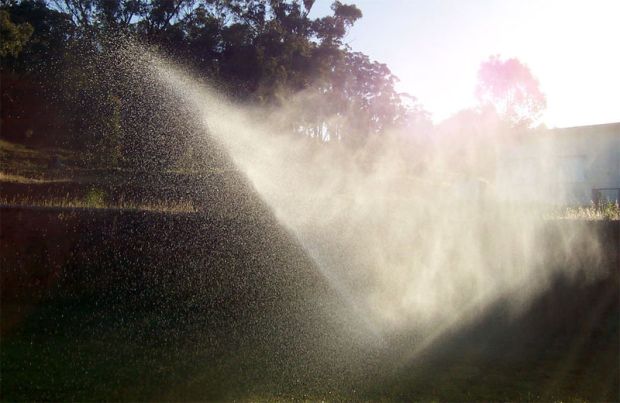 The Pacific Institute has released a report on how to find the next million acre feet of water in California.  As with energy in California, which now has the “loading order”, the conclusion is that conservation and efficiency efforts can achieve water savings for less cost than building new or expanding existing supplies.

An overview of some of the water-efficient practices discussed in the report:

Water savings are available through a wide variety of water-efficient practices in the urban and agricultural sectors. In the urban sector this includes replacing old, inefficient devices with high-efficiency models, as well as lawn conversion, residential metering, and rate structures that better communicate the value of water. In the agricultural sector, best water management practices include weather-based irrigation scheduling, regulated deficit irrigation, and switching from gravity or flood irrigation to sprinkler or drip irrigation systems. Here, we focus on well documented, cost-effective approaches that are already being used in California. We emphasize efficiency improvements rather than behavioral changes because the latter are less easily quantified. Nonetheless, experience in Australia, Colorado, and California in recent years shows that changing water use behavior can also provide very fast and inexpensive savings in emergencies, with long-term benefits.

A  full copy of the report can be found here.

But everyone should have meters. According to Ellen Hanak, a water researcher with the Public Policy Institute on California, metered cities use about 15 percent less water than unmetered cities, and cities with a tiered rate system use an additional 10 percent less (via KQED).

A few statistics from Gleick’s column:

— Sacramento only has meters in 25 percent of residences, and has no plans to meter everyone else anytime soon.

— In the San Joaquin Valley, more than half of all residents don’t have water meters.

— The city of Fresno charges all single-family households a flat rate, no matter how much water is used.

Fresno’s water rates are some of the lowest in California, and it has some of the highest water use (3 times as high as Los Angeles residents, and 5 times as high as San Francisco residents, via The California Report). There is an interesting study comparing water rates – when the study was conducted (2006), the average monthly charge was $18.52 in Fresno County, $37.55 in Alameda County, and $57.25 in Santa Cruz County.

The meters are coming. There are several laws that will require the installation of meters for all Californians (via KQED).

— Cities that receive federal water have to install meters by 2013.

— All California cities have to install meters by 2025.

Seriously, though, 2025 is a long time for a state that has major water management issues.

Last year, there was a story from The California Report that covers the struggle to meter reluctant Fresno residents (listen to the story here).